DR. AKOKDA PATIENTS Find Out If You Have A Case

Lawsuits are being reviewed for former patients of Dr. Charles Akoda, a gynecologist and obstetrician (OB-GYN) affiliated with Prince George’s Hospital Center (PGHC), who was allowed to fraudulently practice medicine under a fake identity. Find out if you may have a case. No fees or expenses unless you win!

Dr. Akoda is a fake doctor that never should have been permitted to treat patients at Prince George’s Hospital Center (PGHC). The fraudulent OB/GYN treated thousands of women and delivered babies under a fake identity and false medical credentials In November 2016, a guilty plea was entered by the man representing himself as “Dr. Charles Akoda.” However, it appears that PG Hospital Center failed to take adequate steps to protect patients for years.  As a result, individual injury lawsuits and class action claims are being pursued for:

It is important for all former patients to take steps to protect their legal rights! The lawyers at Saiontz & Kirk, P.A. are handling all Dr. Charles Akokda lawsuits under a contingency fee agreement, which means that there are no costs to hire our law firm and you pay no fees or expenses unless a recovery is obtained in your case.

Patients of Dr. “Charles J. Akoda” are discovering that the man who practiced obstetrics and gynecology at Prince George’s Hospital Center (PGHC) for years was a fraud, and not the man he says he was. However, the hospital allowed this man to treat women’s most intimate problems under a fake identity and fraudulent credentials.

If you were treated by Dr. Charles Akoda at Prince George’s Hospital Center (PGHC), financial compensation may be available due to the hospital’s failure to protect patients.

The hospital failed to conduct effective background checks and prevent fraudulent medical treatment from being provided.

Each woman who received “treatment” from Dr. Akoda was subjected to assault and unwanted touching by a man that should not have been allowed to practice medicine.

Dr. Akoda was actually Oluwafemi Charles Igberase, who came to the U.S. in 1991 on a nonimmigrant visa. He soon began using a series of fake social security numbers and names to falsify his identity and fool medical institutions nationwide into giving him certificates that allowed him into residency programs and to provide medical treatment to patients.

Using fake social security numbers, two certifications were obtained from the Education Commission for Foreign Medical Graduates between 1992 and 1995. That got him into a residency program in New Jersey, and later into Howard University. He then obtained medical licenses to practice in Maryland and Virginia as an ob/gyn.

On multiple occasions, Igberase (a.k.a Dr. Akoda) was caught falsifying his social security number and using fake identities. Although Prince George’s Hospital Center knew or should have discovered that they were exposing women to a fake doctor, inadequate steps were taken to protect patients.

Some women have reported painful and complicated births while under Dr. Akoda’s care, raising concerns about potential health risks for mothers and children.

Patients of Dr. Akoda have had their trust in the medical profession shattered after discovering that a man they let perform sensitive reproductive procedures on them and even helped them give birth was a fraud who should have been caught years ago and prevented from working in any medical setting.

Dr. Akoda was allowed to treat patients as an obstetrician and gynecologist at Prince George’s Hospital Center for five years before the Department of Justice finally caught up with him. He plead fraud to criminal charges in November 2016.

Begins using the name Charles John Nosa Akoda. Using another false identity, receives yet another certification from the Education Commission for Foreign Medical Graduates under this new identity.

His use of a fake social security number is discovered, resulting in him being kicked out of the residency program.

Completes residency program at Howard, and is named Resident of the Year. Obtains a medical license in Maryland, again using fraudulent documentation. Begins working as an OB/GYN at Prince George’s Hospital Center, which appears unaware of the numerous times he has been caught using fake identity information in the past.

Is denied a Medicare Enrollment Application due to the use of a fraudulent social security number.

Pleads guilty and receives a sentence of six months in jail, three years supervised release, home detention for six months and is fined only $100.

No Fees or Expenses Unless Compensation Received 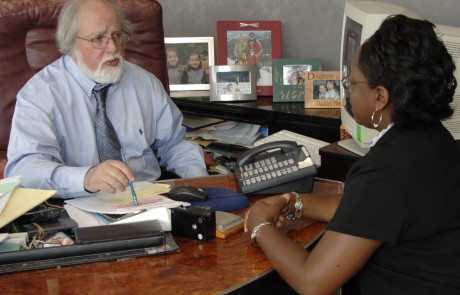 All doctor fraud lawsuits will be handled by our attorneys on a contingency fee basis, which means that there are never any out-of-pocket expenses to hire our law firm and we only receive a fee if compensation is secured for our client.

Protect your family and find out what options are available if you or loved were a patient of Dr. Charles Akoda. Request a free consultation and case evaluation.

CONTACT OUR DR AKODA LAWYERS No Fees or Expenses Unless a Recovery is Obtained.