Did You or a Loved One Experience Problems Following Ethicon Physiomesh Hernia Repair? Lawyers at Saiontz & Kirk, P.A. Can Help!

Due to dangerous design defects, Ethicon Physiomesh was recalled from the market amid reports of early failure and a high rate of hernia revision surgery.

Find out if you may be entitled to an Ethicon Physiomesh settlement. No fees or expenses unless a recovery is obtained.

Ethicon Physiomesh appears to be an unreasonably dangerous and defective hernia mesh product, which has been linked to reports of high failure rates and the frequent need for revision surgery.

Contact Our Lawyers to Review an ETHICON PHYSIOMESH CASE

In May 2016, Ethicon removed certain Physiomesh products from the market, after failing to identify a cause of the problems.  The hernia mesh lawyers at Saiontz & Kirk, P.A. are reviewing cases for individuals nationwide. It is not necessary to know whether Ethicon Physiomesh was used during your hernia repair.

Financial compensation may be available through an Ethicon Physiomesh lawsuit for individuals who experienced complications like:

There are no fees or expenses unless a recovery is obtained.  To review whether you or a loved one may have a hernia repair case, request a free consultation and case evaluation. It is not necessary to know the exact product used during your hernia surgery.

Ethicon Physiomesh was introduced under the FDA’s controversial 510K fast-track approval process, meaning that the manufacturer only had to demonstrate that it was “substantially equivalent” to a previously approved hernia mesh system. As a result, the manufacturer was not required to conduct thorough testing or research to establish whether users may face an unreasonable risk of problems following Physiomesh hernia repair.

In its FDA application, Ethicon described Physiomesh as “a sterile, low profile, flexible composite mesh designed for the repair of hernias and other fascial deficiencies.” The product is composed of a nonabsorbable, macroporous polypropylene mesh laminated between two undyed polyglecaprone-25 films.

After obtaining approval to market and sell the product, Ethicon Physiomesh was widely adopted within the medical community amid aggressive marketing by the manufacturer, which attempted to promote the hernia mesh as superior to other hernia repair products. 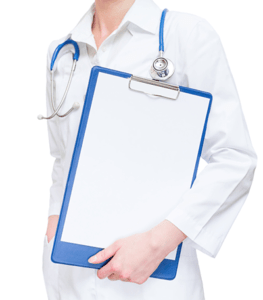 In May 2016, an Ethicon Physiomesh Flexible Composite Mesh recall was announced by the manufacturer, which was classified by U.S. regulatory officials as a “Market Withdrawal”.  The high rates of problems with Ethicon Physiomesh hernia patches could be caused by a number of factors, according to the urgent field safety notice, including issues with the design of the hernia repair mesh, instructions provided to physicians and patient selection.[/fusion_text][fusion_text]Since Ethicon was unable to fully characterize the factors or issue further instructions to surgeons that may have reduced the hernia recurrence rate, the manufacturer decided to recall Physiomesh products from the Composite Mesh line.

However, many individuals have already been left with severe and permanent injuries following hernia repair, and may be at risk of future complications. As a result, financial compensation or Ethicon Physiomesh settlements may be available through a product liability lawsuit.

Some of the allegations raised in Ethicon Physiomesh injury lawsuits being pursued on behalf of individuals nationwide include:

No Fees or Expenses Unless You Receive an Ethicon Physiomesh Settlement

Saiontz & Kirk, P.A. is a nationally known injury law firm that is focused exclusively on representing individuals, we do not represent corporations or insurance companies.
Over the course of more than 40 years, our personal injury lawyers have collected more than $1 billion in compensation for our clients in cases of medical malpractice, automobile accidents, product liability and other personal injury lawsuits.

All Ethicon Physiomesh cases will be handled on a contingency fee basis, which means that there are never any out-of-pocket expenses to hire our law firm and we only receive an attorney fee or reimbursed expenses if a settlement or recovery is obtained.

Protect your family and find out if you or a loved one may be eligible for a Physiomesh lawsuit today. Request a free consultation and case evaluation.